If something unforeseen happens, no need to panic.

That is what our range of multiple-risk insurance offers you: having peace of mind, knowing that, in the event of an unforeseen event, your business will not stop. 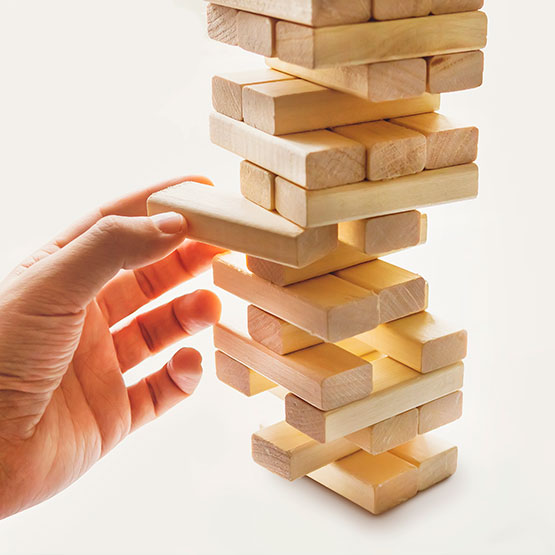 Three appropriate responses to the different activity sectors, their scenarios and their particular needs

Three insurance policies that share the same concept: we are talking about business

Damage to the container and contents, and loss of profits in the event of a claim

Because we know that we are talking about business, our policies allow you to include everything that could keep you from sleeping: freight transport, legal defence, civil liability, accidents, etc.

Services and appropriate cover for each activity

For example, if your activity sector is shops and offices, you will have access to a non-emergency DIY service. Or, if your activity is agricultural, as well as your facilities you can insure your livestock, machinery and even your home. All in the same policy.

Our multiple-risk insurances have a basic coverage package, to which you can add different specific and special guarantees, depending on the type of business activity: Industry, commerce, automotive, hospitality, pharmacy, etc.

We're here to help you,

through your local branch and our specialised channels.

We'll study your needs and an insurance expert will advise you on the best policy and how to take it out.

General conditions for the home

Urgent support and contact with professionals (Coverage for home and furniture)

Multiple-risk insurance for companies is only available for Bankinter customers who are companies or self-employed workers.

Annual renewable insurance with the option of paying in six-monthly or quarterly instalments.

Types of companies that can be insured through the product

For information purposes only, the following companies can be insured through these products:

Which assets are insurable?

What is specifically covered by the multi-risk agriculture insurance?

For the purpose of theft coverage, what is considered fully protective gear?

The insured establishment must be equipped with protective gear against theft in accesses or light recesses, consisting of bars, gates, metal closures or security glass, and with the following characteristics:

What is the proportional rule?

The proportional rule is the formula that is applied to calculate the compensation in the event of a partial loss, when the insured sum is less than the real value of the insured object; that is, when what we call underinsurance occurs.

This rule applies when a loss has occurred, and the insurer perceives that the value of the insured assets exceed that which is reflected in the policy.

What is the civil liability coverage?

Provided that it has been expressly stated in the particular conditions, the company must cover, up to the limit of the insured sum agreed in said particular conditions per claim and annuity, the payment of the indemnities for which the insured is civilly liable, in accordance with the law, for bodily or material damages and for the damages that may arise from them, caused to third parties, as well as the legal costs and expenses that may be enjoined, as long as such responsibilities derive from the assumptions provided in this contract and are the consequence of acts or omissions, of a negligent nature, that could be attributable to the insured, in relation to the activity that is the subject of the insurance and in accordance with the guarantees contracted.

What is the civil liability coverage for work related accidents?

This guarantee covers civil liabilities claimed against the insured derived from accidents suffered by employees while carrying out their work, in accordance with applicable regulations and subject to the limits and stipulations contained in this policy.

What is the operating loss guarantee?

The coverage will be applicable whenever there is a temporary (total or partial) interruption of the activity of the insured establishment as a result of direct material damage suffered by the insured property in the situations described in said particular conditions and derived from the material damage coverage defined in this contract, and provided that said damages are covered and compensated by the company.

The company will compensate the real loss suffered by the insured during the compensation period established in the particular conditions in terms of gross margin or permanent expenses, whatever has been agreed, and that is due to:

What does the Legal Assistance guarantee consist of?

Provided that its inclusion is expressly stated in the particular conditions, the legal defense coverage guarantees up to the limit agreed for it in the particular conditions, and includes the payment of the expenses that the insured may incur as a result of their taking part in a judicial, administrative or arbitration procedure, of the expenses expressly provided for in this article, or the expenses incurred in the provision of the necessary judicial and extrajudicial legal assistance services in these same cases, and derived from the ownership of the insured establishment.

The costs of legal defense object of this coverage will include the fees of a lawyer and solicitor (when the latter is mandatory), freely designated by the insured, and any other expense directly related to the object of the procedure and that is presented as appropriate and necessary to provide a better legal management, such as notarial actions, expert opinions and the like.

Likewise, the legal costs of the opposing party will be borne by the company, when they are expressly imposed on the insured by sentence.