Third-party liability insurance for your company and for what, is sometimes the same: for you. Insurance that will protect you against situations that may involve conflicts with or damage to third parties and that are linked to your business activity. 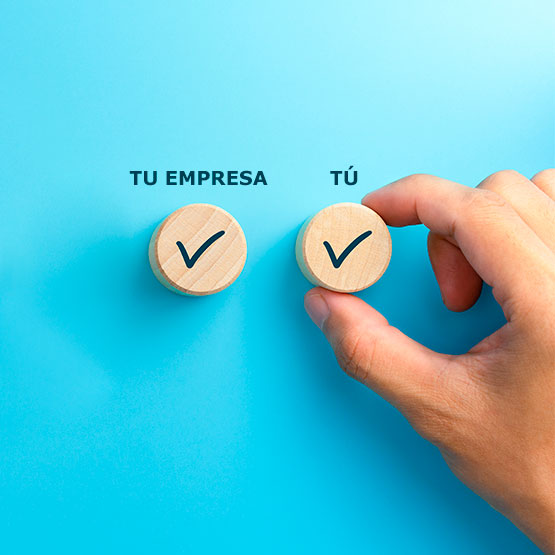 Three types of insurance that you can take out independently, which complement each other:

An insurance that guarantees the payment of compensation for damages that may be caused to others in the process of carrying out the company's activity.

An insurance that protects your company against possible claims derived from non-compliance with the European Union data protection regulation.

With a modular and personalised arrangement

Our third-party liability insurance includes specific guarantees for legal defence and judicial bonds for claims covered by the different types of insurance.

Only take out what you need

Clear and simple arrangement: a block of basic guarantees to which you can add different optional guarantees depending on the needs and activity of your company.

A hotel is not the same as a pharmacy or a dry cleaners, and the risks to which they are exposed are also different. That's why our insurances allow us to include personalised guarantees according to the different types of business activity.

We're here to help you,

through your local branch and our specialised channels.

We'll study your needs and an insurance expert will advise you on the best policy and how to take it out.
Write to us

It might be called insurance, but it surely means peace of mind.
For your business, your employees, your operations, your fleets ...

I want peace of mind

Third-party liability insurance is only available to Bankinter customers who are companies, institutions or self-employed workers.

Annual renewable insurance, in which payments can be made in instalments with the following surcharge on the annual premium:

Depending on the characteristics of the risk and the underwriting rules of the insurance company, it is possible to arrange guarantees with an indemnity limit of approximately € 4,000,000 per claim and insurance annuity, except for the third-party liability insurance of directors and executive, which has an approximate maximum of € 3,000,000.

Who is considered to be an “insured party”?

To the person who owns the interest exposed to the risk to whom the rights derived from the contract correspond, if applicable. The insured party may assume the obligations and duties of the policyholder.

When the insured party is a legal entity, its directors and employees will also have the status of insured party while they act within the scope of their dependence.

In the specific case of third-party liability insurance for directors and executives, the persons we list will be considered insured parties, without having to include them in a nominal way:

Who is considered a “third party”?

Any individual or legal entity other than:

Who is considered a director or executive?

All company employees who hold (de facto or in practice) senior management duties within the company and all company directors, executives or employees whose responsibility as a de facto director of the company is established by a court.

What types of damages are compensable?

The damages compensable through a third-party liability policy are:

What is a claim?

A claim is considered to be the event whose harmful economic consequences are covered by the policy. The damages as a whole derived from a same event constitutes a single claim.

What do I do if I want to submit a claim?

If you need to submit a claim, call Bankinter Seguros Generales customer service on: 91 836 62 25.

What are defence expenses and civil bonds?

With the limit of the insured sum stipulated in the particular conditions, and provided that the object of the claim is included in the coverage of the policy, the following are guaranteed:

In the third-party liability insurance for company directors and executives, what is understood by bond?

Bond will be understood as: