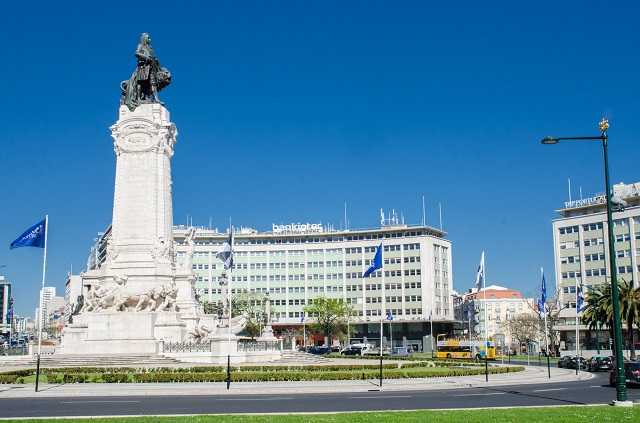 Chief executive officer María Dolores Dancausa stresses Bankinter’s commitment to the Portuguese economy, on the heels of the increase in lending in 2016

Bankinter is celebrating the one-year anniversary of its entry into the Portuguese market following its acquisition of Barclay’s retail and wealth business in Portugal, made final on 1 April 2016. To commemorate this first year, yesterday Bankinter opened its new head office in Lisbon, located in the Marquês de Pombal Square in the heart of the city.

This emblematic building, with 4,200 square metres and eight floors, will house services that, until recently, were based at the Sotto Mayor Palace, along with others from another building in the Colombo complex. Bankinter’s new head office groups together almost all its services under one roof, which will afford it greater efficiency in its operations and increase its brand awareness to further promote its business in Portugal.

Chief executive officer María Dolores Dancausa opened the new head office yesterday, along with other Bankinter Group executives. The celebration continued with an event for the newly arrived Bankinter Innovation Foundation. This event featured several talks about start-ups as sources of innovation, given by various foundation trustees. The Bankinter CEO put the finishing touch on this event with a few closing remarks emphasising the bank’s unwavering commitment towards the Portuguese economy.

In the first nine months since the branch in Portugal began operations under the Bankinter brand, it has increased lending by 3%, reaching 4.6 billion euros. Moreover, its total retail deposits went up by 24%, totalling 3.7 billion euros.

At the end of December 2016, Bankinter’s assets in Portugal made up 8% of the group’s balance sheet, a figure which it aims to double. Challenges to growth are mainly in corporate banking, personal banking and mortgage lending, segments in which Bankinter aspires to achieve market shares of 4%, 10% and 7%, respectively.