Will the auctions reflect price fluctuations in the market?

That is effectively the aim of the new renewable energy auction that the government has announced for 19 October, which will put 3,300 megawatts of wind and photovoltaic power up for grabs with notably tighter delivery schedules, following the escalation in electricity prices we have seen in recent months.

Companies wishing to bid in the auction have until 7 October to submit the necessary paperwork for pre-assessment and final scoring, following the guidelines of the Ministry for Ecological Transition and the Demographic Challenge.

The Ministry is confident that adding these 3,300 MW to the national energy pool will have the direct effect of driving down the price of electricity on the wholesale market by sidelining the energy produced by more expensive and polluting power plants so that it plays almost no part in covering the country's daily needs.

In the daily auctions for the price of energy (not to be confused with the renewable energy auctions), the quantities of energy to be consumed the following day are estimated and then sold by the producers to the distributors. The price to be paid is calculated on the basis of numerous factors, including forecast demand and weather conditions. As energy is demanded and supplied in real time (it is not stored), we need to predict maximum peak consumption during the day and mobilise the necessary power plants to cover demand with a certain margin to spare. The aim is none other than to guarantee the supply and stability of supply throughout the day.

Therefore, the price of electricity is fixed every day and every day is different. And because of the pricing system in effect in OECD countries, all power plants taking part in an auction in Europe must charge the same price for the electricity they produce, and this will be the price of the most expensive bid. What this means is that the more cheap supply capacity there is, the fewer more costly generating plants we will see taking part in the daily auctions and the lower the price of electricity will be for everyone. 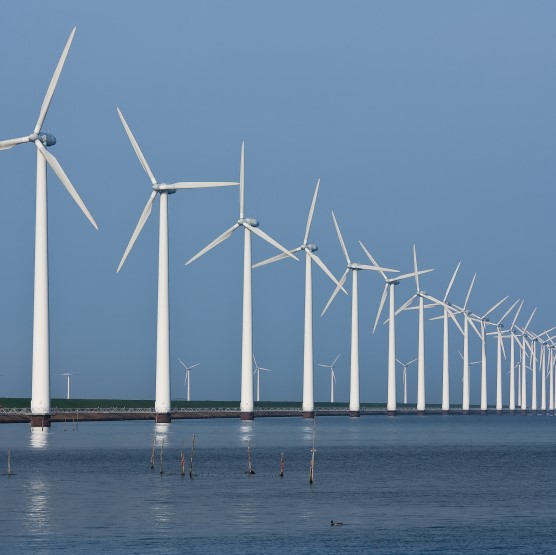 The troubling increases we have been seeing in recent months are largely due to the rising price of CO2 emission allowances, which has climbed from around 30 euros per tonne in January of this year to 60 euros in September. Yet just six years ago, the price per tonne of CO2 was 8 euros. This high CO2 price is making thermal power plants charge extremely high prices for their energy, while nuclear power plants and renewable energy plants ask for less. Therefore, if a thermal power plant is needed to take part in the daily auction, it will set the price for all the electricity sold that day. What's more, almost all thermal power plants use gas as fuel and gas prices have also been rising of late, causing the price of electricity to skyrocket on the wholesale market.

Therefore, the upcoming renewable energy auction aims to put a hefty quantity of MW of cheap, renewable electricity on the national energy market in a bid to prevent, or considerably reduce, the presence of expensive energy (from thermal power plants) in the daily auctions. 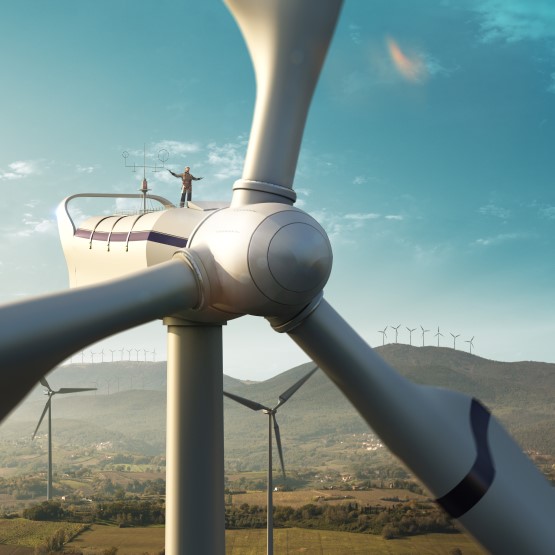 The cushion effect of renewable energies

A renewable energy auction is completely different from the daily electricity auctions we were talking about earlier. Any company can take part in this type of auction for the production of renewable energy by building the necessary infrastructure for the technology it is looking to operate (wind, photovoltaic, etc.) and its own system to store the energy it produces.

Bidding companies therefore compete with each other for Ministry contracts. In the event of a tie between bidders, the Ministry will choose the most efficient type of energy: the one that produces the most electricity in the shortest time. Wind and photovoltaic (PV) often take pride of place. Once the contract is awarded, the companies must meet their production deadlines if they hope to make a profit.

In the case of the upcoming renewable energy auction, the delivery schedules have been pushed forward to such an extent that of the total of 3,000 MW awarded, 600 MW will need to be operational within eight months, i.e. before 30 June 2022, so that the downward impact on electricity prices in the daily auctions can be felt before next summer arrives. The remaining photovoltaic power to be awarded (including the amount awarded to small producers) must be connected to the grid by 30 April 2023, while wind power plants will have a further 12 months.

Regarding the prices of the electricity produced by these new plants, we know that at the last renewable energy auction held on 26 January of this year, more than 3,000 MW of wind and photovoltaic power were awarded on the basis of roughly €25 per MW/h. A fixed price (stable remuneration at 95%) that will be maintained over a period of 10 to 15 years, and which is significantly lower than the daily prices seen in the wholesale electricity market: in April they hit €80 per MW/h, three times more than the €25 mark reported in January. And now we are seeing prices north of €200.

The government awards its contracts through a reverse auction procedure, in which the lowest or cheapest bidders win. These bids appear to be aimed at medium-sized operators, given that the auction sets 200 MW as the maximum on which each operator can bid. It is also in the interests of these medium-sized operators to have predictable revenue forecasts. Large utilities, on the other hand, are strong enough financially to undertake large projects and sell their energy on the much more unpredictable open market.

In addition to the 600 MW accelerated availability reserve, the auction is expected to award a 1,500 MW reserve for onshore wind, a 700 MW reserve for PV power, a 200 MW neutral reserve and a 300 MW reserve for distributed solar systems for small PV installations (5 MW or less). In the latter case, local producers will be given priority, as the contract award criteria include the distance of the production plant to the nearest town (to minimise transport losses) and also local ownership of the facility: 25% of the share capital of the company awarded the contract must be held by at least four owners whose tax domicile is located within 20 km of the plant.

In addition, further competitive tenders for a minimum of 200 MW of solar thermal power, some 140 MW of biomass plants and a further 20 MW of other alternative technologies are expected to be held throughout the rest of 2021.

The government does not want the growth of the renewable energy sector to lose steam and it is looking to auction at least 20 gigawatts (GW) by 2025. Of these, photovoltaic will take pride of place with a reserve of 10 GW over the next six years, followed by wind power with roughly 8.5 GW. Meanwhile, solar thermoelectric will see some 600 MW in new contracts, biomass 380 MW and others, such as biogas, hydro or tidal, will have around 60 MW between them.

The integrated National Energy and Climate Plan (NECP) expects energy generation from renewable sources to account for 74% of our total capacity by 2030. The numbers are staggering: 50 GW of wind energy (we are currently at 27 GW) and up to 46 GW of solar energy (in 2021 we are at 14 GW). Wind and solar, added to our other power generation plants, would generate a further 161 GW of production capacity. To understand the magnitude of these figures, Spain recorded its highest peak demand for electricity in 2007, with 45 MW/h.

Renewable energies have a particular trait that explains the need for this oversizing of generation capacity: they are extremely sensitive to atmospheric variability. To cope with times of low wind and low sun, much more generating capacity is needed but will rarely be fully utilised. The NECP estimates that 241 billion euros worth of investments will be made by 2030, 80% of which will by spent within the private sector. 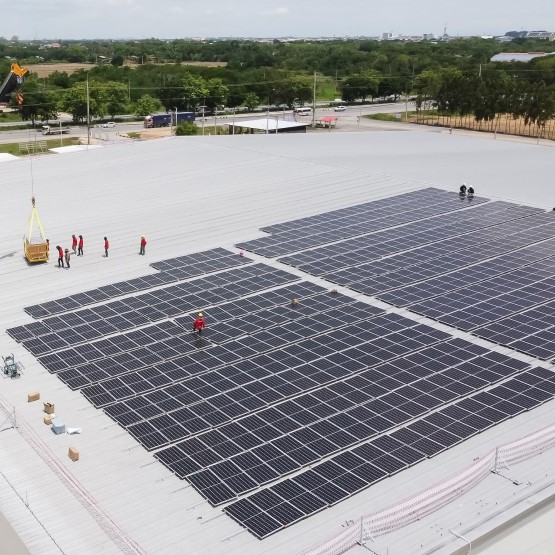 There is something for everyone: big and small alike

The big companies operating within the electricity sector (Endesa, Iberdrola, Naturgy, Capital Energy, EDP Renovable and Acciona) walked away with most of the megawatts awarded at the renewable energies auction held in January. However, more than 80 companies took part in the bidding, and the contracts were handed to 32 companies.

Therefore, small companies can find a footing, especially in the PV sector, as it allows for smaller plants and a significantly lower initial investment.

In conclusion, the road ahead seems clear: renewable energies will continue to be promoted in the future. It would seem that renewable energy auctions are the government's weapon of choice to counteract the relentless increase we have been seeing in wholesale market prices; and it will remain committed to diversifying the industry and opening it up to new operators as we move forward.