The calls for proposals for European Next Generation funds aimed at the tourism sector, estimated at 3.4 billion euros for the 2021-2023 period, are nearly upon us. We must now work to identify and then flesh out projects that have strong potential to meet the objectives of the grants. The industry is currently sceptical about their worth and is calling for greater clarity and legal certainty, because the future of Spain's main industry is at stake.

It has been a dramatic year and a half for tourism, though we did witness something in 2021 that might provide a renewed sense of optimism: as soon as the lockdown measures were relaxed, the first thing that people from all around the world did was to travel. Spain must once again seduce its source markets with a modernised, experiential offering that incorporates the lessons learned since 2020: tourists are placing health safety, sustainability and certainty at the centre of their decisions.

So far this year (January-September), Spain has received 19.7 million foreign tourists, up 17.2% on the first nine months of 2020, when 16.8 million visitors entered Spain, according to updated figures released by the National Statistics Institute (INE). A far cry from the 66.9 million visitors who flocked to the country in 2019; a record year for tourism in Spain.

While the figures show an improvement from the previous year, this has yet to feed through to the profits of tourism companies: most companies from the sector are now plagued by profitability and solvency problems, having had to endure a year and a half of what has turned out to be the biggest tragedy in the history of Spanish tourism.

September was a turning point. The downward trend reversed for the first time in 2021 and this might be cause for optimism within the sector: the National Statistics Institute (INE) recorded no fewer than 4.7 million foreign visitors in just 30 days, compared to 1.1 million in September 2020. High vaccination figures in Spain and the easing of the tough restrictions previously imposed on travellers from our source markets seem to have worked wonders.

Domestic tourism is holding the fort

The lower inflow of foreign tourists has been offset by the extraordinary buoyancy of domestic tourism, which in July of this year managed to surpass the figures reached in 2019. However, if we draw up a map with these figures, it is plain to see that the recovery has been highly asymmetrical: excellent results for destinations such as the Costa del Sol, Andalusia, the Costa Brava and Galicia, according to official data, but a more timid recovery in Madrid and in iconic destinations such as Benidorm or Puerto de la Cruz.

When will we see a return to the highs of 2019? Some reports point to a major recovery in 2022, by which time we will be able to lure more tourists out of their source markets, but we will not be hitting peak figures before 2024.

Tourists will flock to safe countries. There is an urgent need to address our vaccination strategy alongside the government at the sectoral round tables. In countries such as Israel and Austria, for example, the COVID-19 passport already has an expiry date of between six and ten months. It is crucial that we work on our vaccination schedule for 2022.

Maintaining a joint strategy between the tourism and financial sectors to inject liquidity and provide certainty for businesses. The response by financial institutions has been crucial amid the pandemic and now it is time for the final push.

We are not talking about redundancies and furlough schemes, but about more training and being able to hire more and better personnel. A labour framework that is better tailored to the needs of an industry with a broad and varied ecosystem and that helps the sector to regain its competitiveness. This new framework must also be a springboard for attracting talent: we must find a way to make people want to work in tourism, as we have witnessed a certain flight towards other sectors in the last year and a half.

We will soon be receiving many funding proposals and we need to be ready. Making it through the bureaucratic jungle will be difficult for everyone, yet this is an important opportunity to present projects and should not be missed. The tourism sector is calling on us to work together, now more than ever.

They are already upon us. In other sectors of the economy, both the philosophy and the objectives of the funding are clear. For example, funding for the automotive and energy industries is focused on electrification and has been highly effective at allowing major joint projects to go ahead, such as the electric battery factory or the deployment of charging infrastructure. Can we do something similar when it comes to tourism? Well, there are obstacles.

A change of roles

If we really want to move forward, we need to move from public-private partnerships to private-public partnerships. Industry has to take the lead and the government needs to act as a facilitator or enabler. Right now the opposite is happening. The whole sector needs to be more in sync, now more than ever, and to be proactive rather than reactive.

We must be able to make quick decisions, but without winging it. Government bodies and businesses alike need to work towards long-term, transformative strategies. For decades this forward thinking was not necessary, because tourists would flock to the country regardless and there was no need to look towards the future.

The green transition is a process; it cannot be imposed without taking account of the associated costs for an industry that has already been brought to its knees by the pandemic. In that sense, the funds should not become a burden for companies. Without economic sustainability we will never achieve environmental and social sustainability.

Tourism does not need life support, but investment. No sector likes to be subsidised. What we need right now are long-term projects, but the aid incentive, as currently designed under European funding, offers no leeway for amortising the investments or making them genuinely profitable. The industry does not want to plug holes, but to change the business model, with everyone involved.

The approach has been one of quantity ahead of strategy.

The funding mechanism has focused on financing public matters with public money. Yet for the private sector it shows no sign of achieving transformative objectives. Instead, it prioritises the existing type of grant, characterised by short deadlines and express calls for proposals.

Three tips ahead of the imminent call for funding proposals

We have to be busy by the time the funds arrive

Applications will be flowing in over the coming months and so we need to be ready. In such a fragmented sector, with a multitude of small and medium-sized companies, we must pull together and look for synergies.

It is an absolute must for the tourism sector, whether or not the European funds reach us. If we receive further clarification on how the calls for proposals work, then the funds can be used, but there is no time to lose.

Working with the financial sector

Banks are key to keeping the sector afloat. Of total investment linked to European funds, 70% will be private. Following 18 months of zero revenues across many of our businesses, we are now calling on the financial sector to drive this new phase by supporting and advising companies and helping them apply for these funds.

When the enemy is within 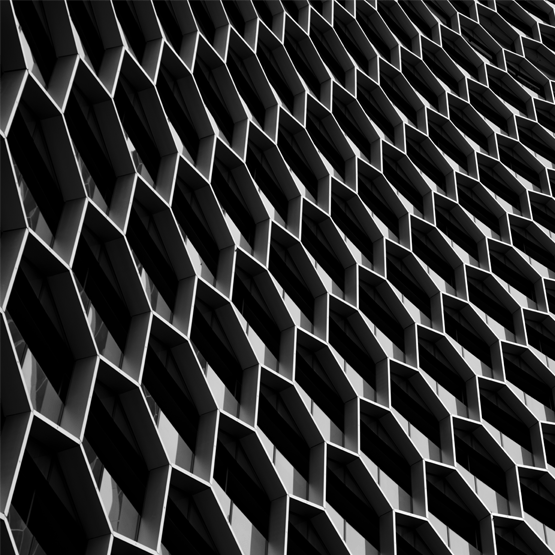 Spain has led the world tourism sector for decades. We are the true benchmark, and even during the pandemic, when we set an example in terms of agility and in managing uncertainty. We have done incredible things by observing health protocols, training thousands of employees in health measures and managing to open and close our doors in a matter of hours. It has been a pandemic learning experience that we should not forget now.

Information obtained from the webinar organised by the Bankinter CFO Forum. With the participation of:

Head of Tourism, Culture and Sport at the Spanish Confederation of Business Organisations (CEOE).

Lawyer and founding partner of Monlex.

Director of Bankinter's Corporate Banking centre in the Balearic Islands.